ShareTweetSubscribe
#mc_embed_signup{background:#fff; clear:left; font:14px Helvetica,Arial,sans-serif; } /* Add your own MailChimp form style overrides in your site stylesheet or in this style block. We recommend moving this block and the preceding CSS link to the HEAD of your HTML file. */
Seth's email dispatches

As of early 2018, Fujifilm stepped up their game with a flurry of impressive new video features packed into the Fujifilm X-H1. Aimed at aspiring filmmakers and hybrid shooters, the X-H1 has a new body style that was designed from the ground up. It's larger than the other X-Series cameras to accommodate robust new specs. I’ll fill you in on these standout features – never before seen in a Fujifilm camera. And I will explain why they're such a big deal!

Inside the Fujifilm X-H1

This is the first Fujifilm camera to introduce IBIS and it works just as expected. The best part is that any lens can be stabilized when mounted to the Fuji X-H1 body. The five axis stabilization enables five additional stops of hand-held stability when taking photos. This means that if 1/500 was the slowest shutter speed you could safely hold your camera without image shake, IBIS will allow you to go down to 1/15 to achieve the same result. Unfortunately, it will not slow down and stabilize the action happening within the scene. That would truly be a miracle!

Pro tip: disable your IS whenever you're locked off on a tripod. Also, do not use IS at higher shutter speeds on the XF 100-400mm lens (I've found that it can actually add shake to the image). When shooting handheld video the IBIS works really well for static shots. It keeps the frame nice and steady. However, you may run into problems if you're trying to produce smooth pans and tilts. This is because the IBIS tends to jump a tiny bit to keep up with the camera movement. In short, the IBIS is not designed to be a substitute for a fluid head with tripod, slider or gimbal. It does work really well for run and gun filmmaking though.

If you want to achieve the highest possible dynamic range when shooting video, then F-Log is the way to go. Now, for the first time, Fujifilm is providing a Log recording option in their mirrorless cameras. You no longer have to settle for Classic Chrome or ProNeg as your flattest image profile. As I recommend in my post about shooting video on the X-T1. Also, F-Log means you don't need to drag down the highlight, shadow and color saturation for video in the image quality settings. Like you used to on the X-T2 (F-Log was made available via firmware in 2018). F-Log's high dynamic range handles all of this for you and gives you a nice flat profile to grade in post production.

Better yet, Fujifilm has made an Eterna lookup table (LUT) available that you can download for free and apply to your F-Log footage in post or on a digital recorder. Eterna is Fujifilm's highly praised, cinematic, color negative film that has been used in the motion picture industry since the 1930s. Very pleasing Eterna results are also attainable (see sample photo) by skipping F-Log altogether and shooting video directly to the Eterna film simulation in-camera.

At long last we now have the capability to shoot buttery smooth, slow motion, 1080p footage by over-cranking our frame rate. The camera will conform 120 frames per second (fps) down to 24 or 30fps. I remember when only high-end cinema cameras like the Red Epic could do this. It was absolute magic. The Fujifilm X-H1 handles it all in-camera without any special editing software or plugins. Be aware that audio will never be recorded at 120fps. Slowing down audio sounds very odd and only works in rare situations. Like when Will Ferrell gets shot with that tranquilizer dart in Old School - LMAO!

I've got to say, shooting slow motion footage so much fun. It takes a lot of restraint to no overdo it. I am often guilty as charged. In my opinion, nearly everything looks better in slow motion. This capability was also made available to the X-T2 via the latest firmware. Just know that there is often some aliasing to contend with in these files so take care to expose properly and use the base ISO. It's a minor trade-off for bringing a high-end feature to the masses. When the X-H1 was released, there were very few affordable cameras capable of shooting high-speed 120fps at 1080p. The norm was 720p which is hardly usable. 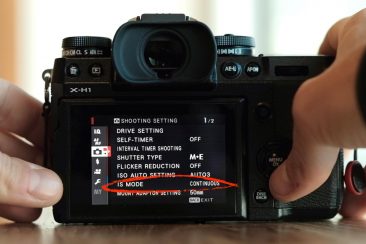 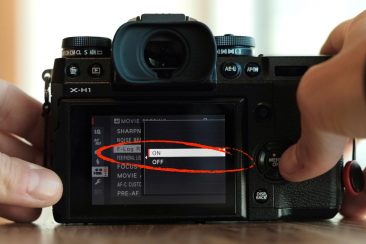 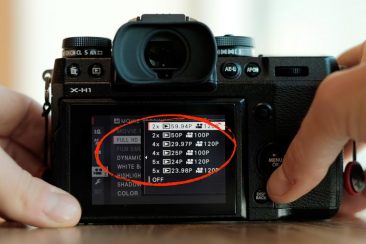 The camera is hefty, weather sealed and well made but it’s definitely bigger than the X-T2. One reason I prefer Fujifilm mirrorless cameras is because their X-Series cameras are lighter and smaller than the competition. The Fujifilm X-H1 is an exception to the rule as it's more like a traditional DSLR in size. That’s the tradeoff for accommodating the in body image stabilization and 4K shooting without overheating. I suppose a larger body could be considered a benefit for those with big hands and videographers wanting the extra stability that comes with a heavier form factor.

The larger body affords improved ergonomics like a better hand grip, taller dials which are easier to use with gloves in cold temperatures and a resolution bump on the electronic view finder (3.69 million dots). The EVF protrudes out a bit to keep your nose grease off the back of the LCD screen. Ha!

There's a sub-window which is a nice perk because it shows your remaining shots, remaining video time, battery level and whether or not you remembered to reload your card slots. Ever go out for a day of shooting only to realize you left your SD cards sitting on the desk at home? The devil is in the details!

Things to be aware of:

For the most part, I really enjoyed using this camera. It's a pleasure to use, feels great in the hand and it's very capable when it comes to hybrid photo/video work. Fujifilm has really forged ahead into the video realm and made a giant leap forward in innovation. Smart move as so many photographers are now embracing video and filmmaking as part of their storytelling arsenal. 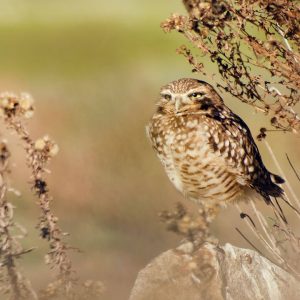 gear: The Fujifilm XF70-300mm Lens, Small & Powerful In this review I share my personal... 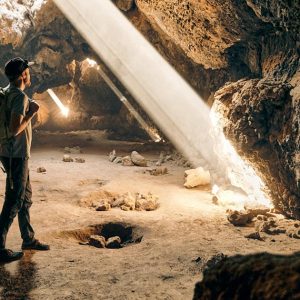 You don’t have to travel halfway around the globe to find stunning, eye-catching locations.… 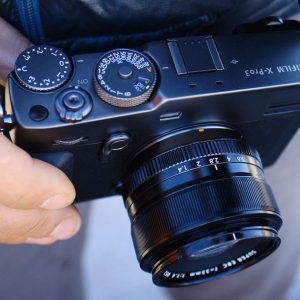 Modern Nostalgia In a Fujifilm X-Pro3 camera review, one must first contemplate the concept of rangefinder... 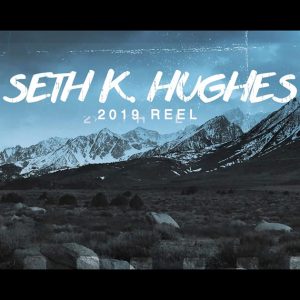 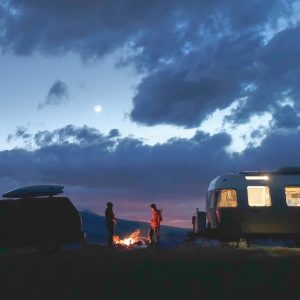 Ever wonder what Airstream living in North America is like? Allow me to preface that... 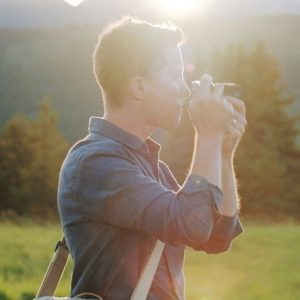 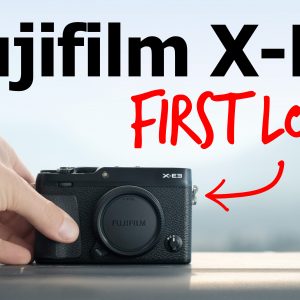 Yesterday the long anticipated Fujifilm X-E3 mirrorless camera was announced. What's so special about this... 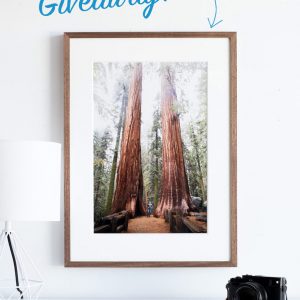 There are few things that I can say have enriched my life more throughout the...

The Baja landscape is so full of surprises, it tak

I learned to kite surf while in Baja this year! (N

Did you know Baja has over 2,000 miles of coastlin

We’ve reached the southern terminus of the Baja

I took a seven mile exploratory hike along the coa